The Planet’s 5 Most Famous Celebrity Pets 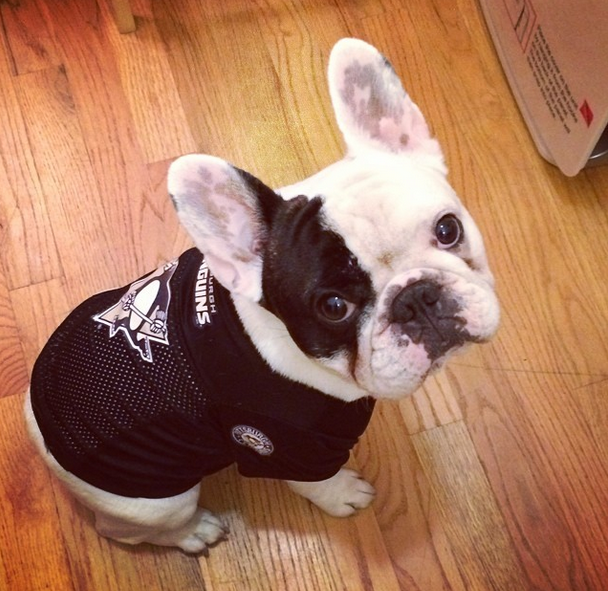 Modelling is a viable career for thousands of humans, but what about their pets? Yep: modeling agencies do help pets get lucrative gigs as models for a wide variety of brands and causes.

And others, like these five, are famous simply because they’re super cute or have compelling stories.

Sockington is a pretty normal looking black-and-white cat with a seven-figure army of Twitter followers and a very direct way of interacting with the world. Sockington (in truth, owner Jason Scott) is famous for snarky Twitter takes on everyday activities: eating, sleeping, buzzing on catnip, looking out the window, and whatever else it is cats do with their time. Sample tweet: “SNIFF SNIFF what is this is it a tree SNIFF SNIFF yes it is a tree CAT TELEVISION HAS THE SMELL WORKING AGAIN finally”

Finally, a cat’s inner monologue displayed for the world to see!

Ah, Lil’ Bub — the Internet just wouldn’t be the same without you.

Lil’ Bub may well be the most influential cat of the Internet age. Due to a genetic abnormality, she was born entirely without teeth, which is clearly a major setback for a carnivorous pet. Fortunately, she’s able to subsist on liquid and wet food, thanks to constant attention from her doting owner. And her toothless mouth is actually her biggest asset: Since there’s nothing to hold back her tongue, she appears to be perpetually smiling and panting — more canine than feline.

Grumpy Cat (real name: Tardar Sauce) is responsible for one of the funniest, longest-lasting pet memes ever: “Not impressed.” Due to a combination of underbite and genetic dwarfism, Grumpy Cat’s face appears permanently fixed in a deep frown. (She’s apparently a sweet cat in real life.)

In addition to being one of the most distinctive cats around, Grumpy Cat is also likely one of the most famous and lucrative. She has appeared in dozens of national media interviews, does weekly photoshoots, and currently serves as the official “spokescat” for Friskies cat food.

Boo is a teensy-tiny Pomeranian who, despite his name, is definitely not at all scary. In fact, he’s a cute little ball of fur that’s most famous for posing in light-colored towel wrappings; it’s hard to tell where the fabric ends and he begins. Another irresistible bit of “Boo cute”: This pooch’s tongue is almost always extended, most often fixed to his upper lip.

The real Beyonce is far more famous than any mere pet could be. Still, the California dog named after the legendary R&B singer is pretty famous in her own right. Her story is a fair piece more heartwarming, too: According to the Grace Foundation, where she was born and weaned, Beyonce was technically a stillbirth. It took several minutes of emergency resuscitation efforts to get her heart beating again.

When the danger had finally passed, it was clear what the Grace Foundation team would have to name her. Like the real Beyonce, this dog is a true “Survivor.” Also, she’s incredibly cute: Due to her low birth weight, Beyonce could fit into a teacup during the first few weeks of her life, precipitating one of the most famous pet-related Instagrams of the decade.